Millions of unemployed Americans faced an income “cliff” in July when the extra $600 in pandemic jobless benefits came to an end. But millions more are now facing another — and perhaps more dire — hit to their income as they exhaust all their unemployment options at both the state and federal levels.

“People are saying, ‘Oh my god, I’m running out of money,’ and they have no idea what’s to come,” said Alex Emanuel, an actor, filmmaker and musician in New York whose unemployment aid ran dry two months ago.

The issue is affecting a range of workers, including people who lost their jobs toward the end of 2019 and have run through multiple unemployment aid extensions provided by Congress earlier this year. Gig-economy workers and others who tapped the federal Pandemic Unemployment Assistance (PUA) program early in the crisis are also about to run out of aid.

These benefits aren’t particularly generous — the typical weekly unemployment check amounts to $333 a week — but out-of-work adults tell CBS MoneyWatch that the additional money has helped them pay for necessities like utilities and rent.

Jobless workers also say they are frustrated with the lack of progress In Washington, D.C., on hammering out another stimulus bill, which would have renewed the extra $600 in weekly aid, and they express anxiety about coping as their benefits dry up. The cutoffs could create more economic headwinds as millions of jobless workers find themselves with no income, according to unemployment experts.

“I was really concerned about what would happen when the $600 goes away, but when people lose even the base benefit, people are going to become desperate,” said Michele Evermore, senior policy analyst at the National Employment Law Project. “You will see this pain spread further and further into the economy.”

While there are no hard figures on how many jobless workers are losing their unemployment aid, the figure is likely to run into the millions within the next few months, according to Andrew Stettner, an expert on unemployment at the progressive Century Foundation.

For instance, PUA offered 39 weeks of pay for people who lost their gigs or freelance work starting on January 27, which means the first claimants will exhaust their benefits the week of October 19. Meanwhile, all of the program’s 11 million recipients face a hard deadline of December 31, when the program is scheduled to expire.

Even with the extensions for unemployment aid, it’s not enough to protect jobless Americans from while unemployment remains high, noted Chad Stone, chief economist of the Center on Budget and Policy Priorities. The CARES Act lifted 18 million people out of poverty, but many have slipped back since that extra money expired, according to Columbia University researchers. The poverty rate is now higher than it was before the pandemic, they found.

“The CARES Act measures were pretty generous,” Stone said. The loss of benefits “is going to hit hard, and people may be surprised.”

Workers who lost their jobs in the second half of 2019 are among the first to run out of aid. “I filed for unemployment in August of 2019 because of a lack of acting work at the time,” unemployed New York actor Emanuel, 49, told CBS MoneyWatch. “My claim had ended initially in April, and but then they had these extensions” due to the Coronavirus Aid, Relief, and Economic Security Act, or CARES, Act.

But after exhausting all his extensions, his jobless pay ended in August. “I was making absolute zero,” he said.

Emanuel said he was cut off from benefits for one month. Because New Yorkers can file for more jobless aid after a full calendar year has passed from their prior unemployment claim, he reapplied for assistance. He’s now getting about $170 a week after taxes — less than the $230 he received in his prior round of jobless aid. That’s because the benefit is based on a worker’s previous year’s earnings, which took a hit from the pandemic. He said he’s cut back on groceries and transportation costs to make ends meet. 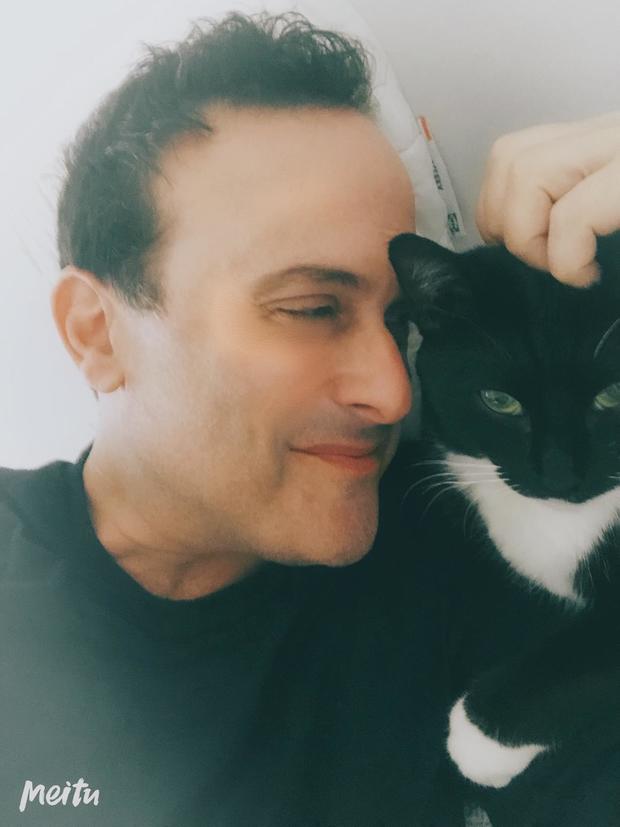 Joe Symon had written a play that was about to start production on March 13, but when the pandemic closed down businesses — including theaters and TV productions in New York — his show was canceled and he went on unemployment. He said he’s cut down on spending and is getting help from family to get by, but is worried about the loss of his unemployment benefits in March 2021. Joe Symon

Some people are already dreading the end of their unemployment benefits. Joe Symon, 53, an actor in New York, said his benefits will expire in March, and he’s unsure how he can cut back more than he already has. He said he’s getting about $130 in weekly jobless aid, and his family is helping to pay his rent.

“It is very hard to smile or go about daily business, including getting out of bed, if you don’t know where your next dollar is going to come from,” Symon said.

“They said I exhausted everything”

Another jobless worker whose aid recently expired is Mary Cahoon, 43, of Oakdale, Connecticut. She was laid off in March from her job as an administrative assistant when the pandemic hit. Her benefits ran out last week.

“They said I exhausted everything,” she said.

Cahoon said she put some money aside when she received the extra $600 in weekly jobless aid. After that expired in July, her unemployment check dipped to $317 a week, or about $200 less than she had earned in her job. She said she’s sent out about 100 resumes and landed 10 interviews, but hasn’t gotten an offer.

“I’m not too panicky right now — we are better off than a lot of people,” Cahoon said, noting that her husband is employed. But she worries that the money she set aside this summer will run out before she finds a new job or if a new round of stimulus aid is extended.

“Right now things are covered,” she said, “but that is going to run out eventually.”

Some jobless workers might not be aware they qualify for some extensions, such as the Pandemic Emergency Unemployment Compensation, or PEUC, which provides an additional 13 weeks of aid to jobless workers who exhaust their regular state benefits, experts said.

About 3 million workers have exhausted their normal state benefits through August, but only 2 million are on extensions offered under the CARES Act. That suggests some people may be missing out on benefits, Stettner said.

“There have been drop-offs and confusion about making that move from state benefits to extensions,” he added.

Eligibility for PEUC is an issue facing Shawnda Rice, 40, a bartender in Cincinnati. Her bar has been shuttered since March, when she filed for unemployment. She said she stopped receiving state benefits three weeks ago, but was told she didn’t qualify for PEUC. Later she was informed that she is, in fact, eligible for the program. Now Rice finds herself in limbo, unsure if she’ll receive more aid.

“I’m stressed out,” she said. “I don’t know where the money is coming from. When the bills came due this past week, I called and asked for an extension.”

Rice also worries about how she will pay the bills over the next few months and when her grocery stockpile runs low. She hopes her bar might reopen for Halloween, but she’s also concerned about COVID-19 given that she has recurring issues with pleurisy, a lung ailment. Bar patrons are allowed to remove their masks to drink indoors, which could raise the risk of infection.

Asked what she would tell lawmakers who are now negotiating a new stimulus package, so far to no avail, Rice said: “It’s not just about you. What matters is taking care of the American people.”

More than 16 million Americans lost their job due to coronavirus