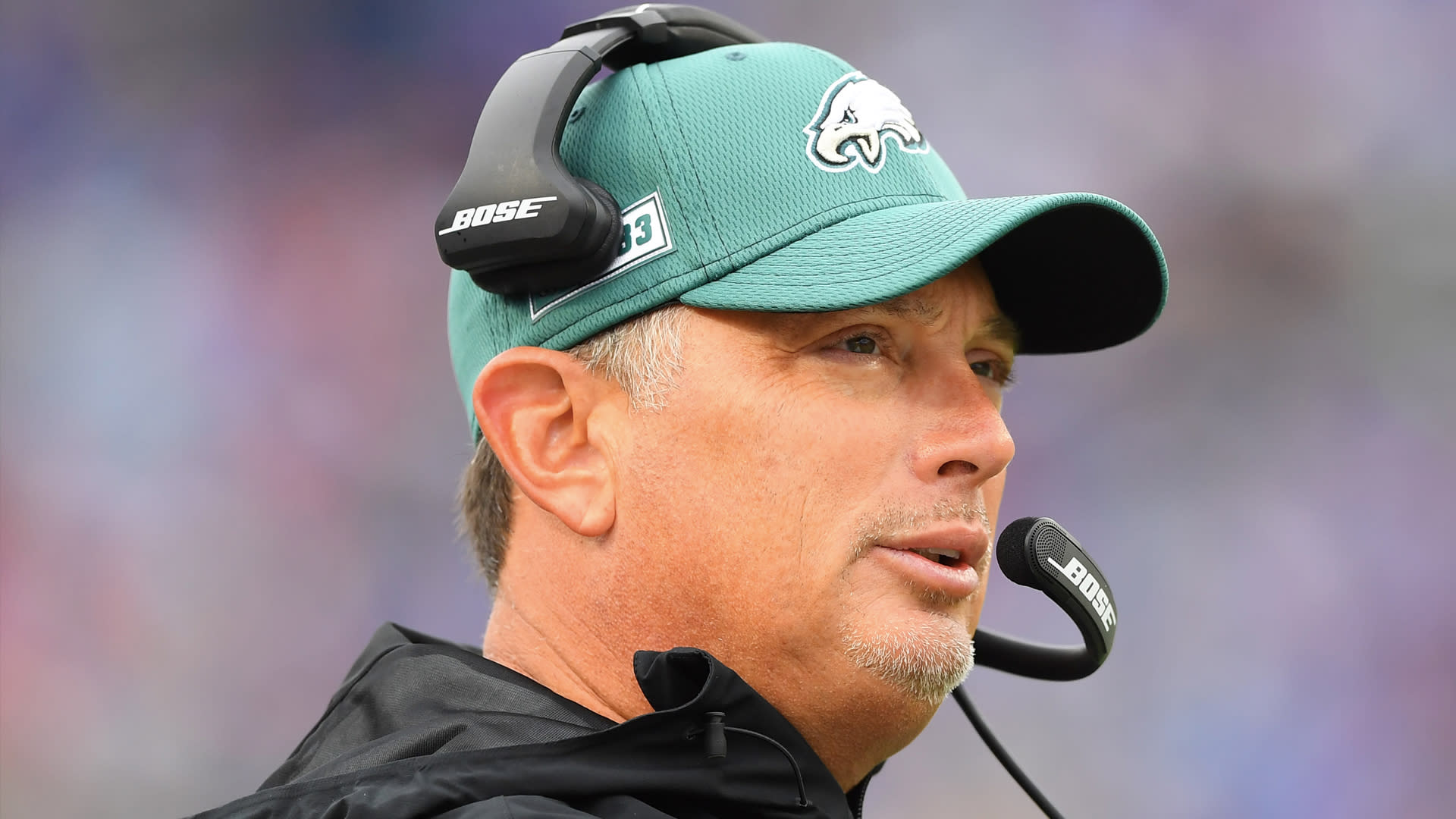 “Make no bones about where I’m pointing the finger on this one,” the Eagles’ defensive coordinator said.

Rodney McLeod said the Rams didn’t do anything to surprise the Eagles.

“What happened on the field was that I had a poor game plan,” Schwartz said. “We had a very simple game plan. You guys know the Rams use a lot of tempos out of their huddle and a lot of different motions and things like that. And the whole sort of theme was to try to make it as simple as we could. And we’ve had success with that in the past. In an effort to do that, I also created a lot of conflict with what the guys were doing and it gave them a lot of stuff to look at.

“What I thought would make it easier, didn’t make it easier. It made it harder. And looking back on it, I came right in after the game and watched the tape. I really should have had a more complex game plan. It sounds kind of funny to talk about but a more complex game plan would have narrowed the focus of each individual player. It would have made it more difficult to execute but it would have narrowed the focus and I think that we could have done that.”

That’s a notable admission from a longtime NFL coach and veteran defensive coordinator.

Schwartz, 54, said that eventually he switched up the game plan on the fly, but waited until after the Rams’ third touchdown to do it. He was too late in pulling that trigger, he said.

By the time Schwartz added some more complexity to his defensive plan, the Eagles were already down 21-3 and never fully recovered. The defense did play better for a while, though. After giving up touchdowns on three straight drives to start the game, the Eagles’ defense actually forced two punts and held the Rams to a field goal through the third quarter to get the Eagles back in it before the defense imploded again.

In all, the Eagles gave up 37 points, 449 yards (191 on the ground), allowed the Rams to convert on 7 of 12 third-down chances and allowed them to score touchdowns on 4 of 5 trips to the red zone. It was a brutal performance.

“We had some success, we got the game back in hand and as it went on and on, it put our guys in some tough positions,” Schwartz said. “Like I said, I take 100 percent of that on me. It’s my job to put the guys in good positions and I don’t feel I did anywhere near a good enough job doing that.”

It’s notable that a day after Doug Pederson blamed some of the passing game woes on the unusual offseason, Schwartz placed the defensive blame squarely on his shoulders.

But it’s also possible this is a diversion tactic of sorts. Schwartz wasn’t going to throw his players under the bus but they simply might not have the necessary talent, especially at the linebacker position, for this defense to be very good.

When asked specifically about the linebackers on Tuesday, Schwartz said he’s “very confident” in his players and put the blame on himself.

When asked about possible personnel changes, Schwartz again pointed the finger back at himself.

NBA commissioner Adam Silver: 'Best guess' next season will not start until at least January

Kyle Long is happily retired, and it was one of the easiest decisions of his life