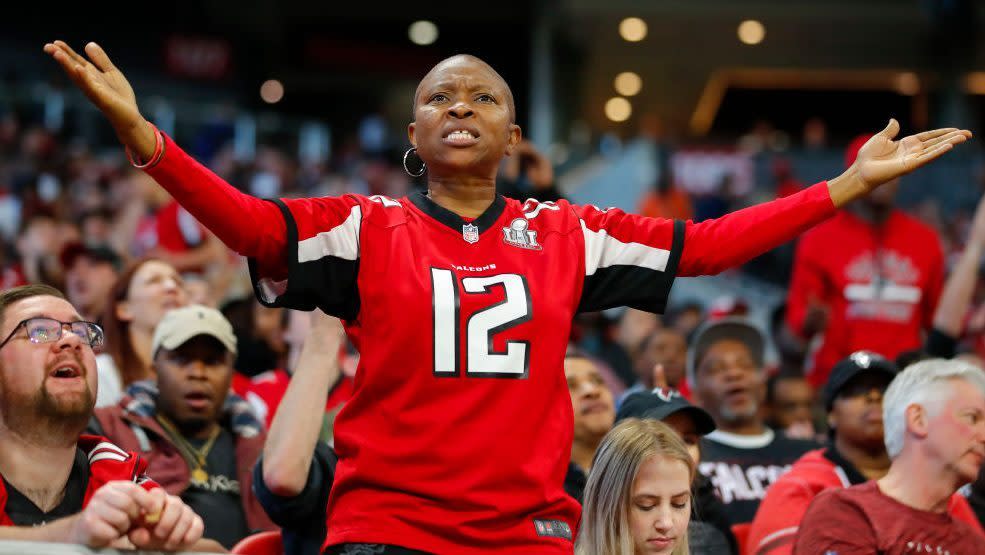 Falcons fans may not be clamoring to see their team in person after last Sunday’s meltdown in Dallas, but they will have the chance to do so starting next month.

The Falcons announced that fans will be welcomed at Mercedes-Benz Stadium in Atlanta when the team faces the Panthers on October 11. There will also be fans in attendance for games played by the MLS’ Atlanta United after that date. The number of fans who will be able to attend has not been announced beyond saying that it will be limited capacity.

“We are thrilled to invite fans of both the Falcons and Atlanta United back to Mercedes-Benz Stadium,” AMB Sports and Entertainment CEO Steve Cannon said in a statement. “Having fans watch from alternative locations was a difficult, but important decision. It’s been challenging for both teams to play without fans, but their well-being as well as the safety of our associates and fans was paramount.”

The Falcons plan to have around 500 friends, family and associates in attendance at this week’s game against the Bears in order “to assess and address any issues” that may arise due to the new protocols in place due to the COVID-19 pandemic.