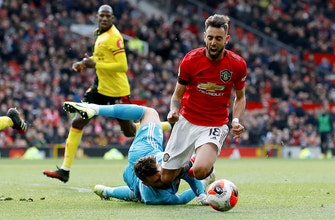 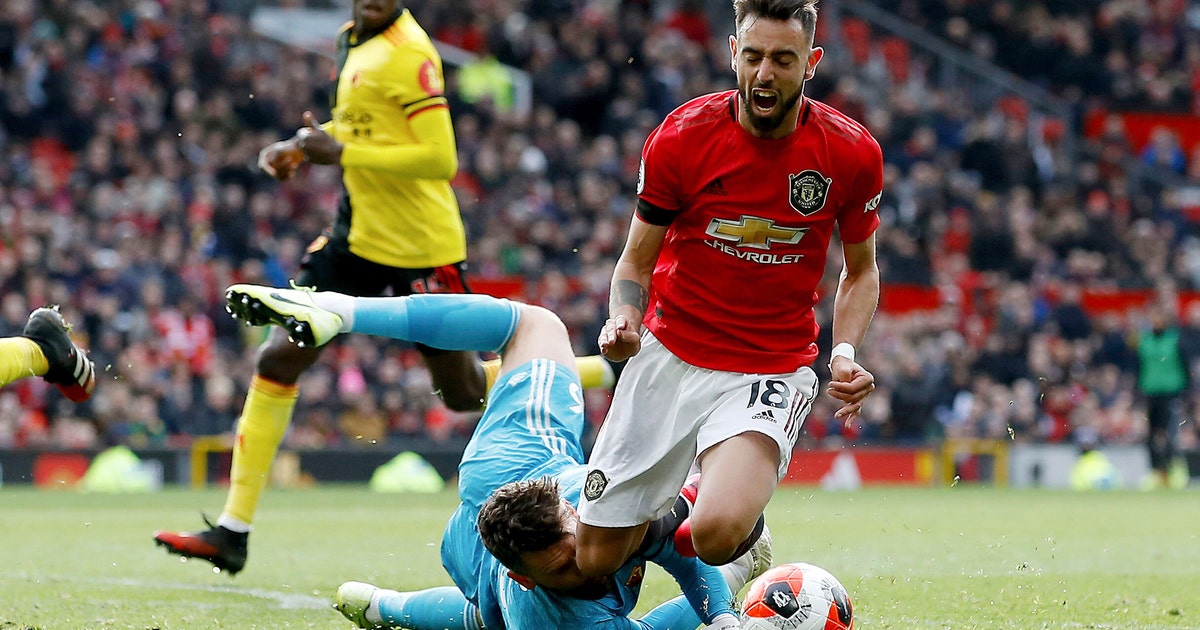 If Paul Pogba ends up leaving Old Trafford in the coming months, Manchester United already has the midfield entertainer in place to spearhead a rebuild.

Bruno Fernandes has only been at United a matter of weeks following his protracted move from Sporting Lisbon, but he is delivering the kind of wizardry and impudence from the playmaker role that United fans have been crying out for.

The latest evidence came in a 3-0 win over Watford in the Premier League on Sunday when all of Fernandes’ qualities were on show.

The way he sauntered up to a penalty kick, produced a little skip, and cheekily rolled his effort into the net spoke a lot about the confidence Fernandes already has.

He followed up that first goal for United with his second assist, setting up Mason Greenwood for the clinching third at Old Trafford. In between, it was Fernandes who sent through a precision through-ball that Anthony Martial latched onto before eventually scoring at the second attempt with a clever bit of play of his own.

That’s the thing about players like Fernandes: their quality quickly has an effect on others.

Indeed, United manager Ole Gunnar Solskjaer hailed the transformative impact Fernandes is having, all while Pogba – the club’s record signing – is out of the team, recovering from injury but also clearly unsettled.

“Very excited by having him in,” Solskjaer said of Fernandes. “He has come in, given everyone a boost, and wants to conduct a game.”

Fernandes himself is talking about being at United to “conquer” the Premier League, which it hasn’t done since 2013 – its last year under long-time manager Alex Ferguson.

That obviously won’t happen this season with United 35 points behind runaway leader Liverpool, which is on the verge of winning the English championship for the first time in 30 years and trimming the gap to United in overall league titles to one at 20-19.

But the future at least looks a lot brighter for United, which honored one of its past greats before the game in a minute’s silence for Harry Gregg, a survivor of the 1958 air disaster in Munich who died recently.

With this latest win, Solskjaer’s team jumped above Tottenham and Sheffield United into fifth place, which is currently a Champions League qualification position following UEFA’s imposition of a two-season ban from European competitions on second-place Manchester City for serious breaches of financial regulations.

United isn’t short of challengers for those final qualifying spots, though.

Having kept things relatively tight in the first games under new manager Mikel Arteta, Arsenal is starting to show some more attacking menace.

Pierre-Emerick Aubameyang scored two goals – leaving him tied on a league-leading 17 with Leicester’s Jamie Vardy – in a 3-2 home win over Everton, which followed a 4-0 victory over Newcastle at Emirates Stadium last weekend.

Arsenal is ninth but only four points behind fifth-place United.

Youngster Eddie Nketiah was again preferred up front to the more experienced Alexandre Lacazette and repaid the faith of Arteta by making it 1-1, canceling out Dominic Calvert-Lewin’s goal that was scored inside the first minute.

Richarlison scored on the stroke of halftime to make it 2-2, only for Aubameyang to regain the lead for Arsenal in the first minute of the second half, having already made it 2-1 in the 33rd.

With five goals in three days, Diogo Jota is hot property at Wolverhampton.

Jota scored twice to add to the midweek hat trick he got in the Europa League as Wolves beat last-place Norwich 3-0. The Portugal forward also drove in a shot that struck the post before Raul Jimenez bundled home the loose ball for the third goal at Molineux.

Wolves are managing to juggle its domestic and European commitments impressively and are eighth place in the league, two points behind Man United.

Norwich is seven points from safety with 11 games remaining and looks likely to be relegated after one season back in the top flight.

Packers say they haven’t been awarded 2022 draft, yet

Everything We Love About the Updated Apple MacBook Air

Super Bowl 2020: Chiefs’ LeSean McCoy could be a healthy scratch for matchup with 49ers

Where is Super Bowl 2020: Stadium, TV channel, location, time, how to watch and stream, plus more