A revised binding term sheet reflects improved terms, and positions the parties for closing the transaction

VANCOUVER and NINGBO, Zhejiang Province, China, May 2, 2018 /CNW/ – RepliCel Life Sciences Inc. (OTCQB: REPCF) (TSXV: RP) (FRA:P6P2) (“RepliCel” or the “Company”), a company developing next-generation technologies in aesthetics and orthopedics, is pleased to announce it now has a new Binding Term Sheet (the “Term Sheet”) with YOFOTO (China) Health Industry Co. Ltd. (“YOFOTO”) which both parties believe represents a stronger deal for both sides and positions them to finalize the transaction in the very near-term. 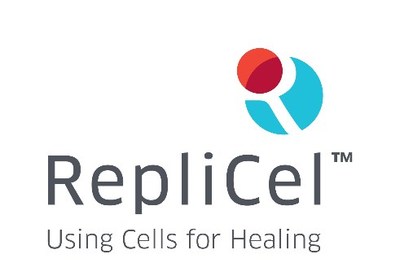 In January, RepliCel and YOFOTO announced their intent to form a strategic partnership (the “Transaction”) in Greater China (Mainland China, Hong Kong, Macau, and Taiwan) (the “Territory”).  This was reflected in the announcement of a binding term sheet and the payment of a deposit of USD $650,000 (the “Deposit”). The Parties then began negotiating the definitive agreements encompassing the terms of the transaction and ongoing partnership.

“During the course of negotiating the full agreements,” stated RepliCel President & CEO, R. Lee Buckler, “both parties learned a great deal about what was critical to each side as well as what would be beneficial in terms of setting up the relationship for long-term success. We are close to definitive agreements on these new terms, excited to close this transaction and proceed immediately to implementation in what is one of the largest and most exciting markets in the world.”

The deal structure in the revised and original binding term sheets remains the same – an exclusive license to three RepliCel products for the Territory in exchange for payment by way of investment, milestones, program funding and sales royalties.

The original term sheet involved an up-front investment of USD $6,500,000 by way of the purchase of common shares (each, a “Share”) at CDN $0.54 per Share (plus 10% warrant coverage exercisable at CDN$0.54 per Share for a period of two years), pre-and post-commercial milestone payments, dedicated program funding in Greater China over the next five years, and future royalty payments calculated on gross product sales in the Territory.

The revised term sheet, similarly structured, involves a smaller up-front investment of CDN $5,090,000 at CDN $0.95 per Share plus 20% warrant coverage exercisable at CDN $0.95 per Share for a period of two years. The deal structure continues to include milestone payments (of up to CDN $4,750,000), sales royalties, and a commitment by YOFOTO to spend a minimum of CDN $7,000,000 on the RepliCel programs over the next five years in Greater China.

The Deposit already paid by YOFOTO pursuant to the original term sheet, remains in escrow to be applied to the investment upon execution of the final agreements which the parties currently anticipate will be complete within the next several weeks.

As part of the Transaction, YOFOTO will receive an exclusive license for RepliCel’s tendon regeneration cell therapy (RCT-01) in development, skin rejuvenation cell therapy (RCS-01) in development, and its injection technology in development for dermal applications (RCI-02) (excluding hair-related treatments) for the Territory. Under certain conditions, relevant Chinese patents, once issued in China, will be assigned to a YOFOTO-owned Canadian subsidiary, with detailed assignment reversion rights upon failure to meet defined targets.

About YOFOTO
YOFOTO (China) Health Industry Co., Ltd was established in 2004 as a company engaged in the health and consumer products industry. For example, YOFOTO has registered 31 different nutraceuticals with the State Food and Drug Administration (China). With a wide range of successful commercial products in the food, personal health care, and household categories, YOFOTO is now diversifying into higher-value health-related products and services such as genetic and blood testing, regenerative medicine, and destination health-treatment clinics. As part of its strategy, YOFOTO has made several investments outside of China. Its current expansion includes a global R&D production base, organic food base, natural cosmetic R&D center, a conference center, yacht club and health spa resort.

YOFOTO employs a winner of Nobel Prize in physiology and medicine, Professor Richard Roberts, who heads the YOFOTO Global Products Advisory Committee, and also leads collaborations with several leading scientific research institutions. At present, YOFOTO has registered over 700 trademarks and attained over 60 patents. YOFOTO has 32 provincial branches in China and, in 2009, began international expansion into Russia, Vietnam, Thailand and Cameroon. At the same time, YOFOTO began active participation in the Asia-Pacific Economic Cooperation (APEC) forum. YOFOTO Chairman of YOFOTO, Mr. Huang Jin Bao, was elected to be the member of the first APEC Chinese Industry and Commerce Council.

About RepliCel Life Sciences
RepliCel is a regenerative medicine company focused on developing cell therapies for aesthetic and orthopedic conditions affecting what the Company believes is approximately one in three people in industrialized nations, including aging/sun-damaged skin, pattern baldness, and chronic tendon degeneration.  These conditions, often associated with aging, are caused by a deficit of healthy cells required for normal tissue healing and function. The Company’s product pipeline is comprised of RCT-01 for tendon repair, RCS-01 for skin rejuvenation, and RCH-01 for hair restoration. RCH-01 is currently being co-developed with, and under exclusive license by, Shiseido for certain Asian countries. All product candidates are based on RepliCel’s innovative technology, utilizing cell populations isolated from a patient’s healthy hair follicles. RepliCel has also developed a proprietary injection device, RCI-02, optimized for the administration of its products and licensable for use with other dermatology applications. Please visit www.replicel.com for additional information.